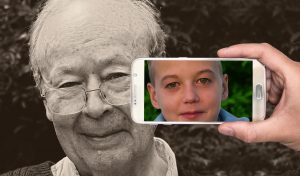 I’ve identified the 7 most common ways this occurs.

I’m not sugar coating this one because you need the truth.

For each of the 7 situations I’ve provided:

“I gained a lot of followers quickly, so you should follow my advice about how to do the same, but I won’t mention how a friend with 250k followers retweeted me very early on for a big boost.”

How you can avoid being misled by incomplete information

Don’t take everything you read at face value. Realize that there is likely a reason to omit certain pieces of information so it fits their narrative. Gain insights from the information you’ve been provided but don’t be blinded by the fact that there is more to the story.

“I have this training course that I want to sell you, so I’m going to convince you that you need it to succeed even though that’s not true. I’ll create free content that is biased towards the direction I want you to take.”

How you can avoid being deceived by biased knowledge

Any information that leads you to purchase something online may suffer from this bias, so it’s important to research the subject with a third-party to verify facts. Try to assess the honesty level of a marketer. When you can disprove numerous statements, there’s a good chance that you can’t trust other information they’re offering.

“I made a million dollars this year and you can do it too. I’ll brag about my accomplishments, which gives you a false sense of reality thinking that those same results can be quickly achieved for yourself.”

How you can avoid being blinded by end results

Focus on the journey, not the destination. It doesn’t matter if someone else runs a blog making millions if it took them 15 years to reach that point. They probably don’t mention that it took 15 years because it works against their narrative that convinces someone else they can do the same thing quickly.

“I have no clue what I’m talking about, but I saw someone else talking about this subject so now I’m going to talk to you about it as though I have a clue. You’ll still listen to what I have to say and follow my advice whether it will help you or not.”

How you can avoid wasting time with useless info

Details matter. Try to determine whether you’re reading fluff content or something written from the heart based on experience. You’ll learn more when you’re consuming useful information direct from the source, and you’ll be able to apply that knowledge more effectively.

“I know you’re more likely to interact with an entertaining post, so I’m going to be sarcastic for the people that know me just to be funny. It doesn’t matter that others may not get it and end up thinking that I was being serious.”

How you can avoid being deceived by entertainment

When you’re not familiar with someone’s style, you could end up taking the things they say in the wrong way. This could result in following bad advice that can have drastic consequences for your business and finances. Until you are very familiar with someone you follow, take everything they say with a grain of salt.

“I have a million followers on Twitter, so I must know what I’m talking about. You’ll hang on my every word and give me attention hoping that I show you attention in return to grow your own following.”

How you can avoid being misled by a popularity contest

Don’t follow someone on Twitter just because they have a ton of followers. Some of the best content being published is by people with less than 100 followers. Show them some love by following, commenting and retweeting their content. These will be the people that remember you and want to help you.

“You won’t pay attention to logical, straightforward statements and facts, so I’m going to learn psychology to write content that allows me to control how you think and the actions you’ll take.”

How you can avoid being deceived by psychology

To a certain extent, some psychology is necessary to gain attention online. Ask yourself if it is being used to gain your attention or to manipulate you into a purchase. There’s a big difference between the two. If you ever feel pressured into making a decision right away, you’re probably being manipulated.