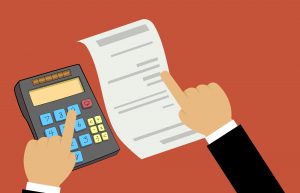 Most utility, loan and credit card companies offer the ability for customers to sign up to have their bills automatically deducted from their checking account each month. In theory, the idea works great. However, in reality automatic payments can actually cause havoc for your financial situation if you’re not careful.

The main issue with having invoices paid for you on a set schedule is cash flow. If you live paycheck to paycheck, you likely don’t have a lot of extra cash in the bank at any time. All it takes is for a payment to draft when there isn’t enough money left over for it to cause a cascading chain of events that includes a lot of late and overdraft fees. This can end up causing the opposite of your goals with auto draft.

The concept of automatic payments is a good one to help you avoid missing due dates that can cost you unnecessary late fees. With a house, car, credit cards, student loans, personal loans, utilities, cell phone, internet service, streaming services and even more, you can quite easily end up with 10-20 payments or even more each month. Attempting to keep track of all of your due dates for your invoices can be a logistical nightmare, so auto pay can be really useful to avoid all of that.

For some people, paying your bills with this tactic can work if you have plenty of spare cash in the bank without going broke before each payday. However, if almost all of your expenses are paid this way, it is also really easy to lose track of how much you’re actually spending. This can cause you to break your budget without even realizing it until it is too late to do anything about it.

Personally, I recommend using a combination of automatic and manual payments. This gives you full control over your financial situation, helps you avoid costly mistakes, and even helps you to stay more in touch with your budget. I’m going to be teaching you my recommendations for auto drafting payments in this article to pass along my knowledge.

The #1 reason to both use and avoid using automatic payments is unnecessary fees. This can be fees added for missing your due date or for overdrafting your bank account. Having your bills paid for you can help you avoid potential late fees, but using automated systems carelessly can cause you to get charged even more fees, which could be a reason to avoid using it.

Let’s say you have your car payment set up on auto draft, so you tend not to worry about it each month. Then you get your bank statement and it says you’re overdrawn. You’ve been charged a fee for not having enough money in your account to cover a transaction. Then you take a look at your car loan account and see that they didn’t get paid. They’ve also charged you a late fee for missing your due date. The system you set up to help avoid missed payments has actually caused an even worse situation to happen since you’ve also been charged an overdraft fee on top of missing the payment.

Make sure you consider these factors before you decide to set up an account to get drafted from your checking account or even a credit card. If it is possible that you may not have enough funds to cover the payment at any point in the future, then I’d strongly suggest paying manually instead.

Another situation where auto pay can end up working against you is when you have bills that end up being higher than expected. This could be a fairly minor difference, such as having a power bill that is $20 higher than normal. However, there are also potential nightmares waiting to happen here too.

While major billing mistakes are usually rare, you’ve probably heard about people getting incorrect electricity, water and/or cell phone bills that were for thousands of dollars. Imagine that you normally pay $200 each month for electric, but one month there’s a mistake and you get charged $5,000. Then this gets auto drafted from your account before you even realize the problem has occurred. For most people, this would cause havoc for their finances, and it can take time to recover funds when there is a true error. By manually paying for your expenses each month, especially ones that have the potential to fluctuate, you can avoid getting caught by surprise from a billing error.

Even when you get charged more then normal by a company and there’s a legitimate reason for it, your budget could run into serious issues if you’re living paycheck to paycheck. Sometimes having the ability to manually juggle when your payments will get made can make the difference between making it or ended up with a pile of late or overdraft fees.

When to Use Automatic Payments

I mentioned earlier that I prefer more of a hybrid bill paying strategy. Some things will be set up to get paid for me, while others will get paid manually each month. There are a few factors I consider before I decided to go with automated payments…

By following the rough rules above, I’ve been able to avoid major catastrophe by letting at least some of my monthly expenses get handled for me. I’m also able to stay in touch with my budget better this way, so I can be sure I’m not bleeding money in areas where I can’t afford it.

Even though it may be the smartest option, manually taking care of your bills each month can feel like an overwhelming task. Everything has a different due date, and then you also have to juggle that with your pay dates from work. When your budget is really strapped, you may simply have no choice but to do it the hard way. However, there is an easy way to do it if your finances will allow it.

I spend a single day each month taking care of bills. This usually ends up being the first of each month or sometimes within a day or two after if I’m busy on the 1st. Everything that is due for the entire month gets paid on this one day. I’m able to devote an hour or two to handle this task and then I can ignore financial responsibility for another 30 days.

If you do decide to use my hybrid model of combining some automatic payments with manually paying other bills on the same day each month, make sure you look at due dates for your accounts first. By doing this once, you can see whether a you’ll be on-time or late with a payment on a specific day each month. For a few of them, you may need to go ahead and make an early payment one time so you can then pay on the 1st the following months without being late.