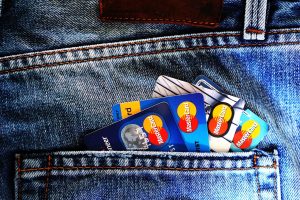 Your credit score and reports are controlled by the three major credit reporting agencies: Experian, Equifax & TransUnion. Why do we even have three credit bureaus? In the past, these were smaller companies serving specific areas. Over time they acquired their competitors until they became the largest 3 agencies.

There are actually more than three credit bureaus, but you mainly need to be concerned with the big three for your own credit scores. Although you will often receive similar scores from each agency, they each have their own algorithms and methods to calculate those scores, which is how you end up with different scores.

Although it can be confusing for consumers to deal with three separate credit bureaus and credit scores, the fact that there are three big companies in this industry actually benefits you. If there was only one company that determined your credit worthiness, it would be much more vulnerable to corruption and manipulation. With three companies, anything incorrect with one of them won’t tear down the whole system.

The same basic bills and loans can get reported to all three agencies. However, you will often see particular items only reported to a single bureau, especially collection accounts. In general, payments from credit cards, installment loans, vehicle loans and mortgages will get reported. Most other expenses do not get reported at all, such as utilities and rental payments, although there does seem to be a market shift to report rental payments now.

Some of the credit agencies give you a way to boost your credit score by self-reporting payments on things like utilities and even monthly payments for streaming services. Experian offers one of these credit boosting services, as an example. I use them for credit monitoring, so I’m very familiar with their service in particular. In general, I do not recommend boost services if you are trying to increase your score to get a mortgage to buy a home.

When you pay for credit monitoring, you get this service included free. It may even be a reason to entice you to join their monitoring service. The concept is great for increasing your credit score by including payments that do not ordinarily get reported to the bureaus. However, in reality it doesn’t actually benefit you much, if at all, in most cases. In fact, it could even harm you.

Many lenders will pull credit scores from all three credit agencies when you apply for a loan, especially mortgages. They’ll throw out the highest and lowest scores of the three and gauge your credit worthiness on the middle score. If you have similar scores with all three and then boost your score on Experian, it will likely end up as the highest of your three scores and just get tossed out anyways. You only benefit from score increases if all three agencies raise your score.

Boosting services can harm you when a lender wants to calculate a DTI ratio, such as for a mortgage. This is why I recommend avoiding boost services for those seeking a mortgage. Any accounts that you self-report to boost your score will add to your monthly debt payments. By including hundreds of dollars or more a month worth of payments on a credit report, the lender will pick this up and include these payments in your DTI calculations. This happens even if the payments wouldn’t normally count towards DTI, like for a streaming service or a cell phone bill. By using the boost service, you inflate your DTI and the increased credit score doesn’t even help you.

I truly believe it’s important to monitor your credit scores for many reasons. One of those reasons is to check for account inaccuracies. You may think that this won’t happen, but it’s actually much more common than you might think. I have a friend with a sister. Their names are different by a single letter, and their social security numbers also vary by only one number. Their credit reports are absurdly mixed up among the three agencies, some worse than others.

While that example is extreme, more random mistakes can show up like an incorrect balance due on a collection account. Sometimes an account will show up even though you already paid it off. Whether the problem is big or small, you can dispute inaccuracies on your report. With an active account, you may just be able to call the company and have the problem corrected. Each of the three agencies offer their own dispute process for things like collection accounts.

There are some people that attempt to abuse the dispute process, but you really don’t want to attempt that. If an account shows up that shouldn’t be there or the balance is incorrect, these are valid situations when you definitely should dispute the accounts through any bureau where they show up.

The second largest credit bureau, by annual revenue, is Equifax. They’ve been around since 1899, although they were first called Retail Credit Company. Although they’re a huge company in charge of really important, personal information, Equifax has had some problems with controversy a few times over their history. Back in the 1960s still named as Retail Credit Company, they information collection and selling practices were found out and brought them a lot of backlash. They actually collected and sold negative information about people’s lives that you’d never expect on a credit report.

After their initial PR nightmare, they rebranded to Equifax in the 70s. However, even the “new” company hasn’t escaped problems. A major data breach was discovered in 2017. A simple, unprotected search tool used by Equifax employees was discovered by Chinese hackers and exploited for 134 days before being caught. During that time the hackers were able to access the personal information of nearly 150 million Americans.

To make matters worse, the CEO tried to dump company stock before the hacking announcement went public and was sentenced to four months in prison for insider trading as a result. Needless to say, Equifax has a lot of work to do to repair their image once again. Perhaps another rebranding is in the store?

I personally prefer Experian over the other credit reporting agencies, as I feel like they usually produce a more accurate credit profile for me. They’re the largest credit bureau by annual revenue. They’ve had a few issues like Equifax but nowhere near the same level. Hacking and security issues with personal information have mostly been limited to specific geographic areas like South Africa or Brazil.

I use Experian for my own credit monitoring, so perhaps I’m a bit biased towards them to give you a full disclosure. However, I don’t love everything about them. Years ago, when I first started paying attention to my credit to try to buy a house, I joined their monitoring service. I needed to improve my credit by roughly 100 points in two years to get a mortgage. For this reason, their credit boost service caught my eye. I used it, but in hindsight, I wish I had never touched it.

First of all, I didn’t entirely realize that the increased credit score it delivered wouldn’t really help me. Even if a lender got that higher score, it would be the highest of my three scores and thrown out anyways.

On top of that, it could’ve caused my mortgage application to get denied if my income had been lower or if I had tried to buy a more expensive home. The lender will total all debts that show up on any of the three credit reports when calculating DTI. This gave me a higher DTI than I should’ve had otherwise, but luckily I still got approved.

To make matters a bit worse, two of the self-reported accounts were cell phone and internet bills for my business, since I’m self-employed. Those are deducted business expenses, so that money has been taken away from my net profits used to calculate what I can afford to spend on my mortgage. With those bills not in my net profits anymore and a lender including them in a deb-to-income ratio calculation, I actually got dinged twice for the same payment.

The smaller of the three major credit agencies is TransUnion. I’m personally not a big fan of this bureau because I feel like they’re more likely to have inaccuracies. I’ve also noticed that some old collection accounts only got reported to TransUnion and not the other two agencies. It seems small businesses that want to report a bad debt are more likely to use TransUnion for some reason. I’ve also noticed that accounts tend to linger there longer when they’ve cleared off other reports years ago, especially collection accounts.

One positive thing about TransUnion is that they saw the need to include rent payments on credit reports back in 2014. However, this did not catch on and get used widely since it depended on landlords reporting through their ResidentialCredit system. It was more likely to be used as a form of punishment if you did something bad instead of paying of time and getting rewarded with a higher score. I rented for years with a few different landlords, including a corporate-owned apartment, while this system was active before I bought a house. I never missed a single rental payment all of those years and yet never had a single payment reported.

The Consumer Financial Protection Bureau has just stated last month (April 2022) that TransUnion cannot conduct business lawfully. This statement comes on the heels of a major controversy with this company from incidents that were discovered in 2017. They falsely reported numerous consumers to a government terrorist list based on information they had compiled. Needless to say, this resulted in a major lawsuit and has rapidly degraded their reputation. You can probably see why I like Experian the best now, but you have to live with all three to get credit in the modern world.