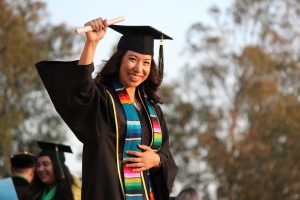 There’s been a lot of talk about the potential for student loan forgiveness in the last few years, but not many people have really been discussing the underlying problem here. Should you skip college and when is it really necessary?

I’m almost 40 years old. When I was in high school, quickly approaching my University years that were supposed to be the best in my life, the need for college was being shoved down everyone’s throat. If you didn’t graduate and get a degree, you were going to have a horrible life and end up poor, at least that’s what I was being told. This is how it worked for my parents and their generation.

This led to everyone going to college and getting a degree, even if it was in some worthless major like Fashion Design or Art History. The result has been a disaster, to put it nicely. After graduating from school, many people found out that they couldn’t get a job with their education. If they could, it often didn’t pay nearly enough to cover the debt left over from paying for their degree.

I bucked the trend and dropped out of college… TWICE! Both of my brothers and my parents all have college degrees. My mom even has a Master’s degree while everyone else has a Bachelor’s degree. I’m the highest earner of the bunch, so the way it was supposed to work didn’t turn out to be true.

With my personal experience plotting my own path through life instead of doing what everyone said I should be doing, I tend to have a different perspective on life compared to most people. In this post, I want to share my perspective on continued education after high school, student loan debt and alternative ways to approach a career.

When it’s time to head off to a University and your parents can’t pay for everything, you get forced to take out loans to pay the school. Tuition is just part of this expense. If you’re not close enough to stay at home, you have to pay rent on a dorm room. Then there’s the cost of school supplies like books and even meals.

It’s possible to reduce the total bill that is due when you’re done if you work your way through school to cover as many of those expenses as possible as they’re due. A lot of people will minimize their debt by only financing tuition fees while working to pay for everything else. While this does drop the total amount due at the end, the loan debt can still be a major burden for many years.

There are a couple of problems with this particular system with how it works now. School is downright expensive, so you pay top dollar for your education, especially if you go to a prestigious school. Then you graduate and companies that want to hire you try to pay you as little as possible. This results in a struggle to pay your bills while also be saddled with a huge debt.

Once you’re working but still struggling with bills, you fall into a very common trap with student loans: interest. You’re supposed to make minimum payments each month to cover the amount of interest charges. When you can barely pay your bills, you spend years or even decades just making the minimum payment.

You could make your payments for 20 years and still owe the exact same amount that you did the day you graduated. Without paying extra to drop your principal balance, that debt will exist until the day you die.

The problem gets compounded even more when you miss payments. As interest is accrued each month, your balance grows larger. This results in even higher interest charges as the months pass. It’s basically investing but in reverse.

The situation we’re in now finds a lot of people with massive debt that they can’t pay off. In many cases, this is because they’re simply unable to find a job using their degree. Combined with a pandemic and a recession, you end up with a bad situation where a lot of people start to call for student loans to be forgiven.

This is honestly a double-edged sword that doesn’t seem to have a clear solution.

Someone with a low paying job, a worthless degree and an impossible debt could argue that the system was rigged for their failure. Colleges shouldn’t be allowed to offer degrees that are almost guaranteed to lead to financial insolvency.

Forgiving that debt would certainly create anger for other groups of people though. If someone did manage to pay off their loan, do they deserve to get nothing and why did they have to pay when others get their school for free? What if they also got a worthless degree and couldn’t get a job with it, but they managed to still figure out a way to make enough money to pay off the loan. Wouldn’t that person deserve the same forgiveness?

That basically covers everyone with a college degree, but there are still others that never graduated, like me. Because I didn’t go to school, my family struggled for almost a decade until I figured out how to make a great income. A lot of other people in my situation never figure out a way to make a good income and struggling their entire life. Do those that never went to college not deserve a break if graduates with outstanding loans get a break?

I feel for anyone that has financial problems because I’ve been there and know what it’s like. The solution isn’t to wait for someone else to fix it. You need to find a way to fix it for yourself. Work two jobs. Start a side hustle online in your spare time. Take out a loan and build a business. There are always other options besides waiting for help.

Like most situations in this world, you’ll have groups that love it and those that hate it. No matter which way student loan forgiveness goes, there will be disappointed people and problems will still continue in the future.

Should You Skip College?

If you’re lucky enough to still be young and haven’t gone to college yet, you can choose whether to have student loan debt or not. The real question is whether you should skip college, but the answer isn’t cut-and-dry.

For me, it worked out for the best by not getting a degree and avoiding that student debt. However, it wasn’t easy sailing either. A decade of financial struggles is enough to motivate anyone to figure out another solution, and that’s exactly what I did. No everyone succeeds in that regard, although I do think that creating your own business online makes it possible for anyone that is dedicated and consistent enough to do the work.

You need to decide what you want to be when you grow up and what you want out of life. There are a lot of skilled jobs that pay decent that can be obtained from certificate schools that are much cheaper. I would recommend something like that to my own kid if they didn’t want to pursue a career that really required continued education.

Some professions you simply won’t be able to do unless you go to school. You’re not going to be a doctor or a lawyer without shelling out a ton of cash to one or more Universities.

If you want to pursue a career in a profession that does require a degree, by all means do it. However, run some calculations first to see how much debt you’ll have and what your income potential will be realistically. This allows you to make an education decision about whether it’s a career worth pursuing.

By doing this additional research before you take the plunge, you’ll be able to at least avoid the worthless degrees. When you do get saddled with debt this way, you should be able to pay it off if you live cheaply after school and aggressively make payments.

Tips to Pay Off Debt

As I just mentioned, aggression is the secret to paying off student loan debt. Since your minimum payments will just take care of interest charges, you need to be able to pay more than that each month to eliminate the debt.

Even though it can be tough to budget so most of your extra cash goes towards the loan, you’ll really win out in the long run with this approach. Even if you can only afford an extra $10 per month on your principal balance each month at first, you’ll still be chipping away at it slowly.

Paying the interest each month would keep the loan running forever. Paying a total of $500 each month on the loan would pay off a mere $16.67 of the principal the first month. Even though this seems relatively small, it adds up over time.

On month #2 in this scenario, the reduced principal would result in interest fees of $483.25, or 8 cents less than the previous month. This then allows your payment to contribute an extra 8 cents to the principal on the second month.

After about 9 years of payments, your $500 per month would contribute about $30 per month to the principal. This pays down the debt and reduces interest charges without ever increasing your payments.

You need to be more aggressive than this scenario, but I still wanted to show you how a little bit extra each month can at least pay off the loan eventually. Paying $500 per month on the loan in this example would take 58 years and 10 months to pay off, so you’d basically pay it your entire life. Bumping that payment up to $600 pays off the loan in 28 years and 4 months. Pay $1,000 each month and it would be gone in 11 years and 5 months. This should make it pretty clear how important it is to get aggressive with your student loan debt.