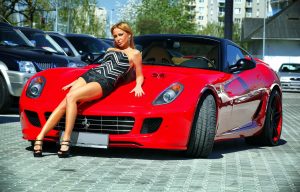 When you don’t have a lot of money, it can sometimes be tough to be friends with people that are rich. You often find yourself envious of the things that they have and their financial freedom. However, there are also a lot of ways you can benefit from being friends with someone that has a lot of money.

You mostly need to ask yourself if the benefits outweigh the disadvantages. Before you decide to end a friendship with your rich friend, let me share a bit of advice with you that may help you to see things from a different perspective.

Your immediate reaction to someone that has a ton of money is likely to be jealous or envious of their wealth. You can’t compare yourself to others though because each person is at a different point in their life and has had different circumstances to handle. Someone that’s 25 years old can’t be jealous of their 55 year old neighbor with a huge house and lots of fancy toys. Their lives just aren’t a comparison since one of them has had 30 extra years to build a career and wealth.

I rented houses to live in from landlords for almost 20 years before I was able to buy my first house. By most standards, I have well above average. However, shortly after I moved in, the lot next door started to get developed. I spent over a year watching a really lavish, large and expensive house getting built.

The house itself is probably 3k sq ft or more and built like a fortress that can probably handle a CAT 5 hurricane here in South Florida. Sliding glass doors line the back side of the house to open up to a large covered porch. A big pool with a hot tub and even a large waterfall sit next to the porch.

A garage sits on the other side of the pool with an apartment above it, which is probably another 2000 sq ft. The apartment has a porch overlooking the pool. A two-story carport for a huge RV is attached to the other side of the garage. Both of these buildings, both porches and the pool area are all connected and enclosed by a lanai screen cage. Both buildings also have Tesla Solar Panel roof tiles – they have two Tesla vehicles. The amount of solar roof tiles used is likely enough to power both cars and the entire property with minimal electricity costs. I wouldn’t be shocked if it’s a $2 million property or even more.

Here’s my point: the average person might look at what I have and be jealous. If I look next door, what they have blows me out of the water with no contest. I’m probably 10-15 years younger than them though, so I really can’t compare myself to them.

No matter how much you have, there will always be someone that has much more than you (that statement applies to all but a handful of people on earth). Just focus on yourself and making the most out of your own path in life. Be happy with the things you have and what you’re able to achieve. Be happy for others for their success too. Instead of being jealous of someone for having more money, try to learn from them instead.

Keeping Up With The Joneses

Despite being in different places in life and making drastically different amounts of money, if I were to try to compare myself to my rich neighbors it would be a disaster for me. I could easily spend $1 million and still not have everything they have. Since I don’t make as much as they make, there’s no way that I can have a lifestyle that compares with theirs. Trying to chase that lifestyle without being able to afford it would simply bankrupt me. In reality, when you try to achieve the success of someone else this way, you pretty much guarantee that you won’t have that same success.

Some people refer to this as “Keeping Up With The Joneses”. The Joneses are your rich neighbors, your rich friends / family, or simply anyone you know that seems to have much more than you and lives a glamorous lifestyle because of their material wealth. Most rich people are actually quite frugal and do not flaunt their wealth. Just because you see someone with an expensive car or living in a huge, fancy house doesn’t guarantee that they actually have money. It costs a lot to have these things, so if someone truly can’t afford them then it will cause a decline to their financial situation over time.

Consider this. Warren Buffett, the billionaire founder and CEO of Berkshire Hathaway, still lives in the same house he bought in 1958 for a mere $31,500. He doesn’t buy fancy things to flash his wealth to others. He is smart with his money and uses it for investments instead. With that in mind, don’t always judge a rich book by its cover – that rich friend you think you have may actually be broke in reality. Don’t chase wealth by spending money, it doesn’t get much more simple than that.

Surround Yourself With What You Want

Let’s talk in a bit more detail about having rich friends. Psychologists say that you’ll become the average of your five closest friends. If you’re broke and only surround yourself with other people that don’t have money, you’re more likely to continue to remain poor forever. You and your close friends share ideas, thoughts and feelings. As a result, you can end up all sharing a similar mindset when it comes to major things like finances.

With that said, you may be able to drastically improve your financial situation in life by simply having rich friends. Your loaded friends won’t be talking about blowing their paycheck going to a concert and getting drunk. They’ll probably be talking about their investments and businesses. Which type of person does it sound like would have a more positive effect on your financial status over time?

As I mentioned earlier, if you ever find yourself feeling jealous of a wealthy friend, don’t focus on the fact that they have something that you want. Remember there’s a reason why they have those things. A better choice is to focus on trying to figure out how you can apply their wealth secrets to benefit your situation. I’m not saying to try to get them to give you money. Learn from them and apply that knowledge to your own life to make more money. By surrounding yourself with more successful, wealthy people, you’re much more likely to make more money in the future too.

When your friends have a lot of money and you don’t, problems can sometimes arise when you want to hang out with them. Someone really wealthy may take a lavish vacation each year and invite you to join, but you have to pay your own way and could never afford it. It could be something much simpler too, like dining out at a fancy restaurant. A $100 dinner may mean nothing to them, but it could destroy your monthly budget.

If you are invited to do something and can’t afford it, politely decline and let them know the reason why. Don’t tell them in a way that makes it sound like you want them to pay. However, if they do offer to pay and it’s really not a problem for them, you may still be able to enjoy their company in some situations. The rest of the time, don’t worry about not being able to afford something.

One option is to invite your friends to do things that you can afford. They won’t feel pressured to pay for you, and you won’t feel pressured to spend money you don’t have to spare. When spending becomes a problem with a rich friend, you may just need to clearly explain your situation to them and let them know you’ll have to decline all future invitations to do things that involve spending a lot of money. A good friend will still want to be your friend, while those that are only friends for the sake of appearances will make themselves obvious.

When To Sever Rich Friendships

Ultimately, if differences in wealth between you and a friend are causing problems that you can’t seem to resolve, you may be better off severing the friendship. This may especially be the case if your wealthy friend just can’t grasp being broke and doesn’t understand that you can’t afford to do the same things they can afford.

By surrounding yourself with healthy friendships with people that are wealthy, it can have huge benefits to your life. Their habits will rub off on you. You’ll learn new ideas and discover opportunities that you didn’t know about before. You may even be able to help them understand people without money in a way that can benefit their financial situation, so this help may not be one sided. Someone running a business with a lot of money may get out of touch with their customers over time, so you may be able to help them reconnect in a meaningful way.