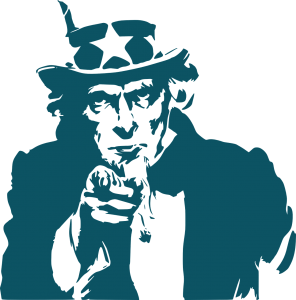 Every year by April 15th, Americans have to file their federal income tax return with the government. When you pay too much in taxes and/or have refundable tax credits, you can get this money back as a refund each year. Most people just accept whatever is going to happen without any advanced planning, but there are actually some tips and strategies you can utilize throughout the year to increase your refund check.

I’ve grown up around tax preparers. My father is a CPA and former CFO of a corporation. He now owns and runs his own tax preparation business in South Carolina called Stevenson Tax & Accounting. My older brother is also a tax preparer there and part-owner. As a result, I’ve learned tax refund secrets that many others simply don’t know about. I’m sharing my knowledge with you in this guide, so be sure to read all of it.

The amount of money that you get back from the federal government each year in the form of a tax refund check depends on a number of factors. Your annual income determines your tax rate, so the more you make each year, the higher of a percentage of your total earnings you can expect to pay in taxes.

When you work a job, you have taxes taken out of your check automatically to pay federal and state taxes as well as unemployment tax and health taxes. The amount your checks contribute are tallied up at the end of the year and compared to the amount of tax you actually should’ve paid. When you pay too much throughout the year, you’ll get that cash back after filing your taxes.

Most people will try to adjust their deductions so they get the maximum take home pay on each check without owing more taxes at the end of the year. For many, this is where tax refunds end because this is the basic information that people pay attention to. However, there’s more you can potentially do to increase your tax refund check.

The first thing I want to talk about is low income. In the early years of my marriage, my income was below the federal poverty line. It stayed this way until shortly after we had our third child. When you make that little, the federal government doesn’t actually make you pay any federal taxes! Any federal taxes deducted from your paychecks will be returned at the end of the year if your earnings are low enough, but you could also remove those deductions and get larger paychecks too.

Here’s one really important bit of information that most people don’t know about though. Even if you never pay a penny in taxes, you can still get a refund check at the end of the year. I’m talking about refundable tax credits, such as the Earned Income Tax Credit (EITC) or the child tax credit. Each working adult in a household generates the EITC. Each of your kids earnings a child tax credit. If you pay for daycare so you can work, those expenses are also potentially refundable now too.

In a situation where you don’t make enough money to owe federal taxes, each of these refundable tax credits can simply put free money into your pocket. My final years with low income and three kids gave me annual federal tax refunds checks of over $7,000! Again, I never paid a penny to the federal government those years, either through my paychecks or at the end of the year. When I finally started making more money, I actually had less cash in my pocket that year because I lost that big refund check and started having to pay taxes instead.

Get More Money Back

Anyone can reduce the amount of taxes they have to pay to the government each year by taking deductions. The most effective way to do this is to start your own business. Anything you spend on that business can likely be deducted on your tax return. Deductions are then subtracted from your income, and you are taxed on the remaining number instead of your total income. Simply put – the more deductions you can take, the less you’ll have to pay in taxes.

A lot of people don’t know about home office deductions. If you work at home and have a designated area of your house that is exclusively for working, you can take an additional home office deduction for it. Let’s say you have a 2,000 sq ft house and your office room is 200 sq ft. You’re using 10% of the heated area in your home for your business.

You get to tally up your home expenses such as rent / mortgage payments and utilities. If you spent $20,000 on your home expenses for a year and use 10% of the house for business, you’ll get to take an extra $2,000 deduction for your home office. This isn’t an extra $2,000 tax refund though – this amount is subtracted from your annual income and you’re taxed on the lower number instead.

When you get a large federal income tax refund each year from the government, it can be really tempting to blow that money. That’s exactly what I did back when I used to get big refund checks, but I regret it to today. An extra $7k per year could’ve worked wonders for my budget and long-term savings goals if I had really been smart about it. Now that I know better, I pay taxes each year instead of getting money back.

An extra seven grand each year could’ve been invested to make even more and/or to save for retirement. Since I was really broke in those years, it probably would’ve made more sense to save that cash to give me some extra funds each month throughout the year. I could’ve put that money into an interest bearing account and withdrawn a bit less than $600 per month to contribute towards my bills. In hindsight, this probably would’ve benefited me the most.

It’s also possible to invest your refund checks so they can earn a passive income for you. I could’ve immediately earned about $300 per year in passive income from investing that $7k. If I had done that for a few years, I would’ve increased my annual earnings by more than $1,000. Today those investments would be worth much, much more and the passive income from it would be much higher, simply from appreciating asset values. It could be valued at hundreds of thousands of dollars today. Instead, I wasted the money on things I didn’t really need and have nothing to show for those refund checks today.