↓
Home→Side Hustles→Fail Before You Start: A Cautionary Tale of Copyright & Trademark Infringement 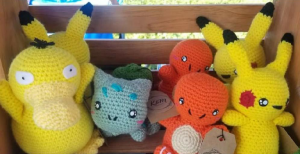 I’ve been teaching others to make money online for a long time (more than a decade now). I commonly see others violating trademarks and copyrights in an attempt to make a quick buck. Over the years, I’ve guided hundreds of clients away from starting a business that has a strong potential to infringe on the rights of others.

Copying the work of others and leaching off of established brand names is often a fast path to big earnings online, but this type of business has no hope of a long-term future either. When copyright and trademark infringement is discovered and lawsuits are filed, you can actually end up getting sued for damages that are much higher than the money you made.

This article is meant as a cautionary tale to help you avoid starting a business or side hustle that is doomed to fail before you even begin. You don’t want to waste time or money building a massive liability.

Please note: I am not a lawyer and this article should not be viewed as legal advice. If you are concerned about the potential for a lawsuit with your own business you should consult an attorney with experience in this field to examine your specific situation.

What is Copyright & Trademark Infringement

Whenever you publish content online, you gain an automatic copyright for your work as long as it is original and creative. Originality doesn’t require the idea to be your own unique idea, but you can’t copy what someone else has done. Other people have published content about copyright and trademark violations before, but I can still talk about the same thing because I haven’t copied their writing and I have my own perspective with a creative spin on the topic. Websites that scrape content from other sites and publish it on their own sites are violating copyrights unless they attribute the work to the original author.

Trademarks can be viewed as branding. Pepsi is a trademarked name, as is Pokemon. This protection goes deep than a name though. It could a logo, symbol or even a design that is trademarked. Companies have spent millions or even billions of dollars to build the reputation of their brands, so you’re not allowed to try to profit from them.

Commercialization is often a key aspect to infringement law. When your aim is to make money by reusing the work of others, you are very likely to run into legal issues eventually. I’m going to be talking about an example with Pokemon plush toys in this article. The problem with this situation is that the person is trying to sell them to make money. If a mother makes the exact same character to give to her kid to play with, there’s nothing illegal about it.

Before I dive a bit deeper into this topic, I feel it’s important to show you a real-life example. My wife recently stumbled upon a Facebook post that she brought to my attention. A lady had made a bunch of Pokemon plush toys, which you can see pictured below (these are her actual characters). She was heading off to a local festival to sell them.

While still illegal, if she had sold them locally and never posted on Facebook about it, it’s doubtful Nintendo would ever find out she’s violating their rights. By putting it on social media, she documented the evidence that Nintendo would need to file a lawsuit and win. 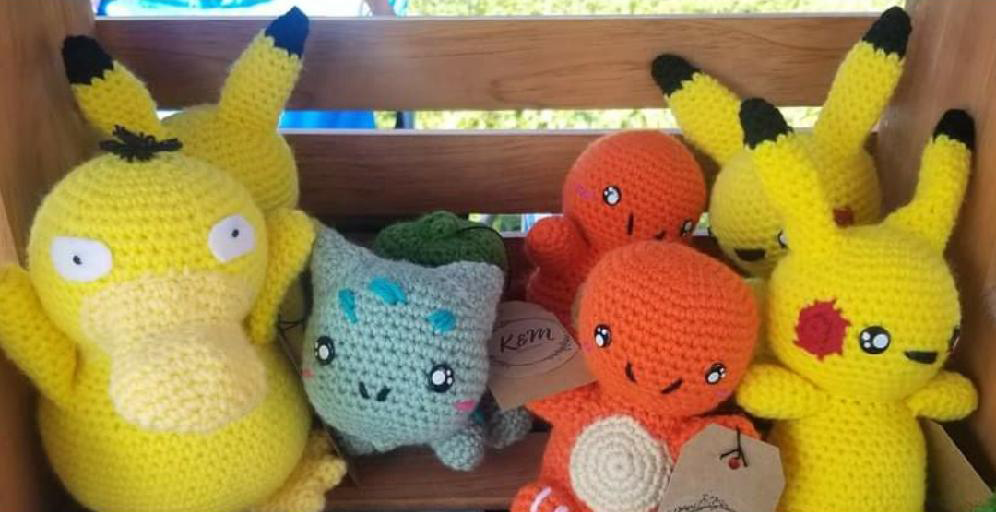 My wife reached out to this lady out of concern to try to let her know this type of action could get her into trouble. I don’t have permission from that lady to post this, nor does she even know about it, so I don’t want to share any identifying information or their actual conversation. However, I have included her FB post below with a few words blurred so you can see the intention for these Pokemon characters. She’s a vendor and they’re going to be sold.

After reaching out to let her know that this could bring her trouble and even a potential lawsuit that could cost her a lot more than she would make selling the toys, my wife was rather surprised at the reaction. This lady wasn’t thankful that my wife reached out. She actually took offense and tried to both argue the point and dispute the truth of it being trademark infringement.

The reason provided why this lady believed what she was doing was 100% legal: she bought a pattern for these characters from an Etsy seller and the Etsy page for that pattern stated that you could sell the characters. I hope that the problem here is quite obvious. She’s claiming she has permission to sell from someone that has also committed trademark infringement! This certainly doesn’t make it okay.

With Etsy products like those patterns, you end up with a lot of confusion and misinformation concerning infringing rights on trademarks and copyrights. A lot of people try to earn a living on Etsy and many of them simply want to make a quick buck, so they don’t care if they’re stealing designs and brand names. This then perpetuates a problem down the chain where you end up with someone creating these infringing plush toys and truly believing there is nothing wrong with it.

The real legal problem in this example is that these characters are trying to be sold. Whether they’re being called Pokemon or not doesn’t actually matter. Any court would side with Nintendo in this case agreeing that these toys are indeed meant to look exactly like Pokemon, and that is enough. It’s honestly a combination of copyright and trademark infringement. 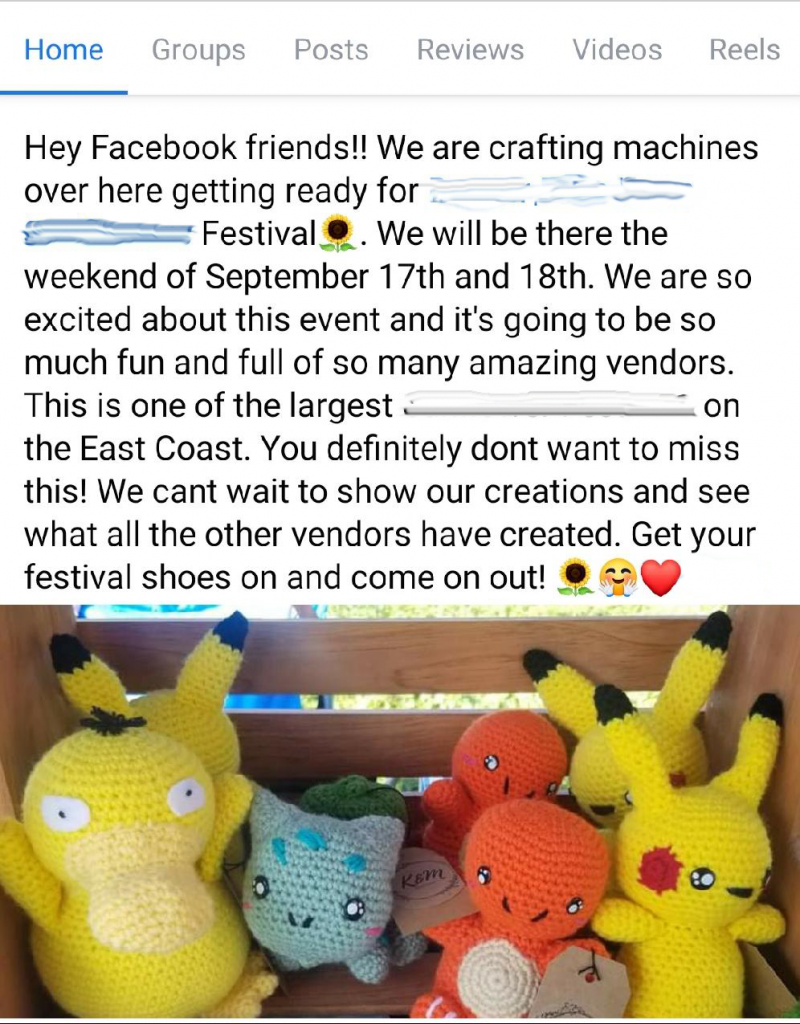 When people knowingly violate trademark laws, they’re often doing so from an uninformed position about the potential consequences. I really believe that people think they won’t get caught and if they do, they’ll just have to give the money back. That’s far from the reality of this type of situation though.

Companies can claim more damages against you for infringing their rights beyond lost sales or the revenue you’ve generated. In the example above, Nintendo could claim that these products are inferior in craftsmanship and overall design compared with the ones they sell. This could then be twisted as causing harm to their brand name, which could require millions of dollars in marketing to repair.

You should also consider that messing with major corporations is probably a bad move. They usually have in-house legal teams that just sit around scouring the internet every day. When they see someone violating their rights, they have pockets deep enough to bury you in legal fees that will bankrupt you and put you in a position unable to fight, even if you aren’t infringing their rights. Settlements are quite common in these types of cases, so businesses will even use this tactic as a source of revenue. During an economic downturn right now, I certainly wouldn’t want to give a company an easy way to stick me with a bill for a couple hundred grand or especially a million bucks.

One final point I want to touch on is a website domain name. Trademarks must be respected here or else companies can file the same lawsuits and even seize ownership of your domain name.

I used to train people to build Amazon affiliate websites. A common tactic I would see other people try is registering a domain name with a brand name in it. As an example, someone wants to promote Brita water filters as an affiliate on Amazon so they register britawaterfilters.com as their domain name. This is trademark infringement. Amazon won’t allow it and Brita certainly won’t allow it. Why would they pay a commission for stealing brand name traffic?

By comparison, there is still a way to target a brand name on a website without running afoul of their rights. A website called waterfilters.com could have a page or even an entire section of pages on their site about Brita and their filters. As long as there is some original and creative content on the site, it’s completely legal.